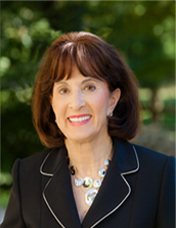 Brigitte Senkler has been a real estate broker for over 30 years. In 1981, she founded and became President of Senkler & Associates, Inc. which grew to be recognized as the leading, independently-owned real estate company in the Boston area. This outstanding achievement was attained through long hours, limitless energy, meticulous attention to detail and complete knowledge of the market area.

In 1988, Senkler & Associates merged with Coldwell Banker where Brigitte became Vice President and top producer. For the past 20 years, she has been involved in nearly every record-breaking residential transaction in Middlesex County including the sale of an 8.6 million dollar Concord estate in May 2012; setting the record for the highest sale ever recorded in the town of Concord. Brigitte has been named the No. 1 Coldwell Banker agent in New England every year since 1998 and in 2011 was ranked No. 6 among sales associates in North America. In 2011, the Wall Street Journal named her No. 39 of the top 250 real estate professionals in the U.S. and among the top one percent in real estate sales internationally.